The UCH was founded as a NGO back in the early 23rd century to research the predicted collapse of the Terran ecosystem. By end of the 24th century, after an accelerated rate of riots and catastrophic events, power was granted to the UCH authority to take care of the survival of the Terran civilization.

Twenty years have passed since the Terran’s arrival to the Andromeda Galaxy, which was plagued with heartache and disaster.

The UCH Supreme Command still leads the Terran faction, despite the personnel fatalities on their initial jump from reactor explosions as a result of the unstable hyper drives constructed on Earth, as well as the loss of intelligence and the unfortunate demise of the MS Titan.

The UCH has successfully recruited Alien inhabitants to fill up the ranks, but the constant quarrels with the Zirax Empire have reduced Expedition fleet and resources to critical levels across the territories. Concurrently, the UCH has managed to set up self-sustaining operation bases in secret locations which are constantly tracked by the Zirax to eliminate the “Intruders”.

With the discovery of the alien ship in 2402 AD, the UCH developed a plan to establish contact with the mysterious race that had deserted the ship in Antartica. Operation Phoenix, which was Earth’s last ditch effort to save itself from an impending apocalypse, was spearheaded by it’s flagship, the MS Titan.

The voyage was cut short on it’s first jump when the UCH vessels made first contact with a predatory species known as the Zirax. Outgunned and caught off guard by the enemy, losses were abundant in the initial contact with this new species. Ships, crew members and materials were lost in an instant and Earth’s flagship the MS Titan was destroyed and along with nearly all of the UCH’s leading officers. The remaining ships managed to retreat from the battle and hide in deep space, out of range of the Zirax Empire. Survivors of the battle were left to fend for themselves, of which only a few found their way back to the UCH.

Scientists are still gathering data and examining whether the term “Empyrion” used loosely throughout history is a physical location or a spiritual/philosophical belief. Some members of the UCH command, believe someone positioned the Alien Ship to lure us into a trap, knowing the warp drives were dysfunctional. This is still being debated and the UCH has yet to find concrete evidence on the Zirax involvement behind the attack. 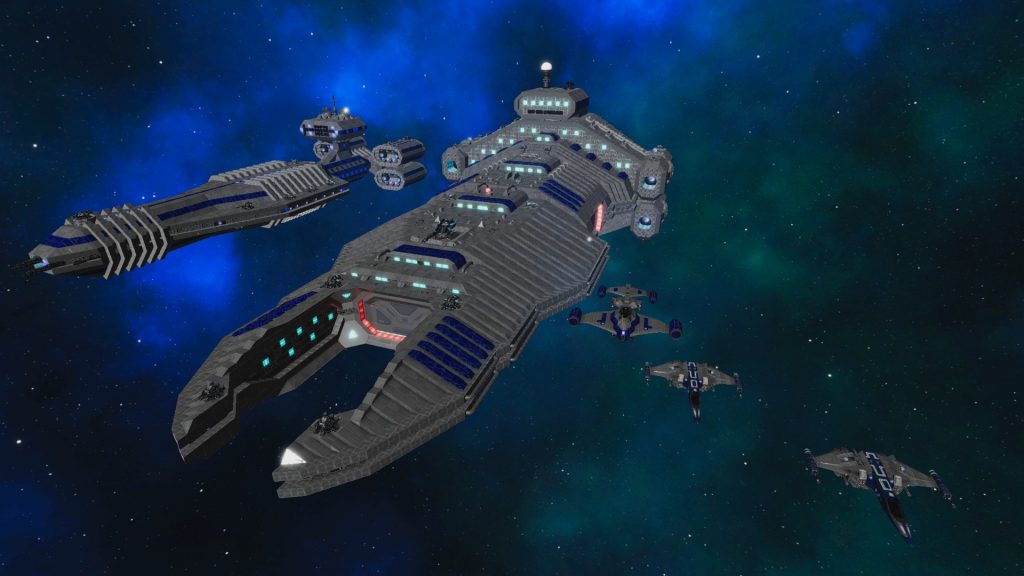