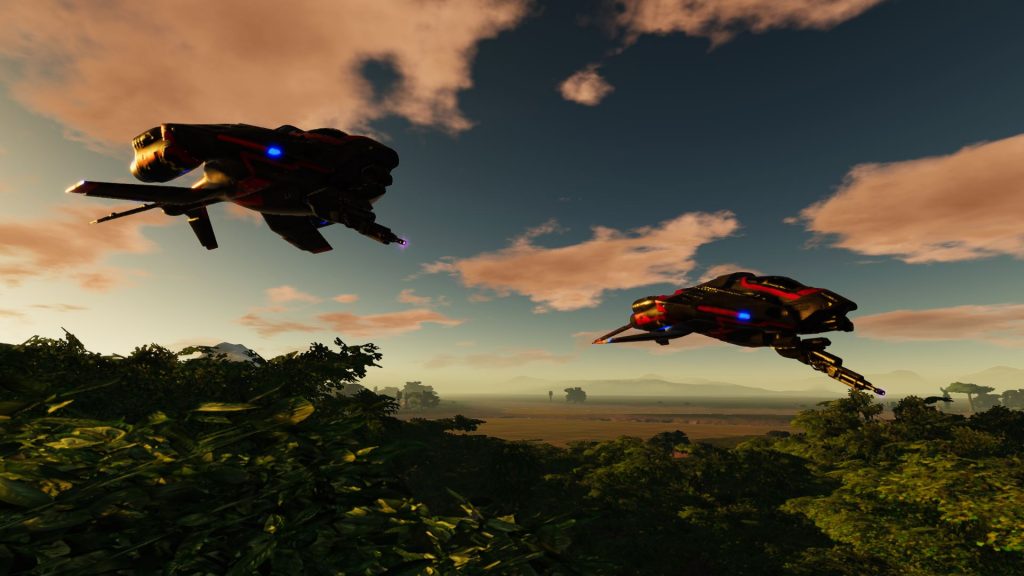 The Ziraxian Empire is a militarist oligarchy and the largest power in the galaxy Andromeda. It is ruled by a series of houses, each with a specific function or functions that relates to a sphere of influence. These houses each produce a representative at an, as yet, undiscovered time, and they form a council of elders. This production is facilitated by the Emperor who publicly holds supreme power, but is realistically, more a figure head.

The Empire seems to overstretch itself at an increasing rate, due to the extremely fast expansion rate. As a result, the Zirax government seems to fall short on capacities for building proper stations. This leaves them incapable of recruiting the correct amount of specialized troops to fill these structures. This leads to a power vacuum in newly acquired systems, leaving them under strength and without order due to a lack of governance.

The rapid expansion directly affects how most of the Zirax bases are structured, which is clearly visible when entering the facilities. We have compared the Zirax structures and have determined that all types and houses within the Zirax military are merely prefabs or standard templates. They are streamlined buildings with standardized functions, which enables the troops to get familiar with the base layouts before exiting a teleporter in a combat situation.

Materials and specimens that UCH scientists have examined and brought back from those locations, have given us the impression that the facilities are “teleported” to the destinations as a whole. We have yet to see this happen and we don’t have proof yet to say this is the case, so this is just a theory.

Zirax troops are often not stationed in the bases, and to maintain control of distant worlds within the territory of influence, troops will be teleported into central garrisons from an undisclosed location if a base is attacked.

AI drones are mainly the first line of defense and surveillance, patrolling the area and guarding important POIs. These are controlled from a central server or by remote at a Drone base.

Attack vessels in the outer rim territories operate similar to the AI drones. From what we have gathered from UCH troops on the ground who have captured a few of these vessels, these attack vessels are remote or AI controlled. Reports have shown that they remain unmanned, and did not carry any Zirax on board, although the vessels are fully capable of transporting several hundred Zirax personnel. These vessels are equipped with a self-destruct feature, which is triggered when the vessel is boarded by a non-Zirax crew.

There are rumors floating around that most of the Zirax enlisted foot soldiers are clones. This theory was brought up by a UCH science team while closely examining reports and video footage of an attack at a Zirax Bio-lab. During an interrogation of a lead scientist at the facility, the Zirax claimed that any further information could not be retrieved from the system. This may just be diversion from the truth, since all the armored Zirax soldiers look identical to human eyes.

There isn’t very much information available on the origin(s) of the Zirax Empire at this time, however Intel reports that the ancient Zirax  were in touch with the ‘Elder Talon’, and were given a technological boost from the advanced civilization. The Talon and Zirax were joined together in a technological and cultural Union, called the “Zirax-Talon Assembly”, which persisted for hundreds of years.

We do not know why it collapsed, why they separated, or if it was a conspiracy. Files retrieved by the 2nd UCH recon unit indicated, that the abominations found on the planets they occupied, seemed to have something to do with this or at least are related to a big incident in the past. These files were encrypted, classified and could not be deciphered until today.

Their brutality and behavior towards the Talon Guardians or anyone not from a Zirax controlled faction, indicates that there is a lot more to uncover, than official reports tell us at the moment. (See file about the TITAN incident)

Current Relationship with UCH: Negotiations seem to be impossible / Haven’t succeeded yet